Celebrity couple Lee Seo Jin and Kim Jung Eun have splitted after a much publicised relationship over the past 2 years which was revealed by the latter in press interviews today as it made headlines all over Korea. 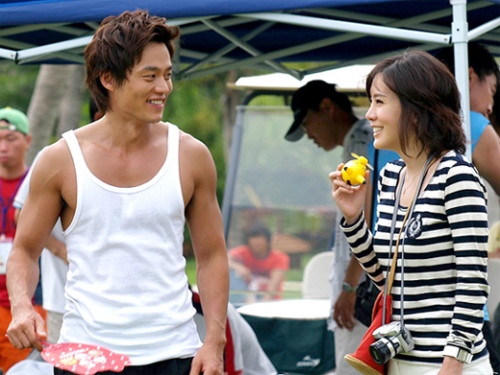 Lee Seo Jin and Kim Jung Eun acted as a couple while filming SBS Lovers in 2006 and that continued into real life after filming ended. As both were of marriageable age and were pretty compatible in terms of character, career, etc. Many fans and neutrals were anticipating to see them get married.

Lee Seo Jin and Kim Jung Eun had been very open about their relationship since it became public. They also promised to tell everyone when they do eventually get married. Lee Seo Jin even serenaded Kim Jung Eun on her SBS talkshow Chocolate in the midst of his busy filming schedule for MBC Yisan, singing their characters’ theme song in Lovers. Both of them also made a trip to the US in September for a vacation and photoshoot as Lee Seo Jin wanted to make it up to her, for all the missed dates while he was filming. It looked rosey.

Rumors of their split actually surfaced in early November but Kim Jung Eun and Lee Seo Jin reiterated that they were on good terms. That was until today.

At the end of October (almost a month ago), Kim Jung Eun received a text from Lee Seo Jin who didn’t explain much and just initiated the breakup in a one-sided decision. This not only shocked Kim Jung Eun but also their friends.

Kim Jung Eun expressed in tears, “I can’t lie to the fans anymore. I broke up with Lee Seo Jin at the end of October.” When asked for the reason, Kim Jung Eun was silent for about a minute before continuing, “He just texted me to say we are breaking up. Before that (text), there were no warning signs, no fights/arguments. It felt like I had just been involved in a car accident. We just broke up like this. This is all very sudden and is a big blow to me.”

Their friends said, “They were so loving and made everyone envious. To know that they have splitted, it’s really shocking and it’s a great pity.”

When Lee Seo Jin send the text, it was when Kim Jung Eun decided on taking on General Hospital 2. She recalled the feelings she had then, “It was really difficult having to work and then thinking about this breakup. I can only devote all my energy to filming the drama now and not think about the sad things.” 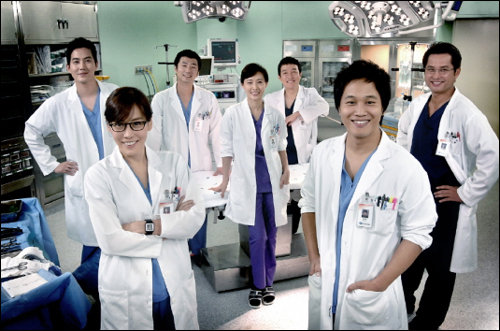 Kim Jung Eun’s management have responded by saying that the split was because of Lee Seo Jin’s mother objection which is strange at this juncture. At present, neither Kim Jung Eun nor Lee Seo Jin have offered any more details with regards to their breakup. With this being a weekend, more should be revealed in the coming days. Wish the both of them well.