Good genes runs in Seo In Young’s family too? It has been the trend lately discussing about the immediate family of celebrities. “Sexy Queen” Seo In Young’s sister is the latest to get a lot of attention from netizens. 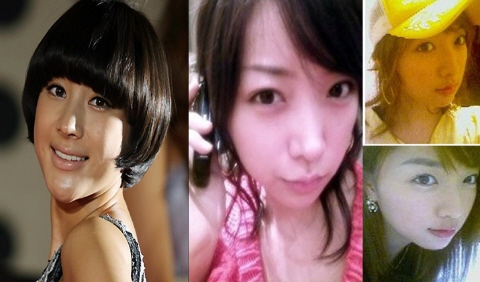 Seo Hae Young (22) has a egg-shaped face and big eyes just like her elder sister. Some commented that she looked like ex-Sugar member, Park Soo Jin and is now the center of attention from netizens because of her good looks.

Netizens left comments on Seo Hae Young photos on her minihompy saying, “So pretty, definitely on a par with your sister”, “Good genes runs in the family”, etc, leaving the highest praise towards her good looks.

According to Seo In Young’s management, Seo Hae Young is currently studying at a art school and was already a magazine model in her early school days thanks to her good looks. If you count back the years, Seo Hae Young had debuted at an earlier age than her sister. But she has no plans to enter the entertainment industry and just wants to concentrate on her studies now.

Since Seo In Young debuted in the entertainment industry, the two sisters have been living together and thus they have developed a good relationship. They not only have good looks but also get along well with each other.